A Little Bush Maid is the story of 12-year old Norah Linton.  She lives at ‘Billabong’, her family’s large and prosperous cattle station in country Victoria in the early 1900’s.

Norah has her very own pony, Bobs.  She likes nothing better than riding Bobs and helping muster the cattle.  Norah’s widowed father and the station hands dote alike upon her.  But for all their attention, she’s a bit of a tom-boy.

Norah’s brother, Jim, is home on holiday from boarding school with his friend Wally, and there is always plenty happening.  Adventures and surprises abound at ‘Billabong’.  Contending with thieving swagmen, a maliciously-lit grass fire and riding accidents make for a full summer.  The circus comes to the district town, Cunjee.

A fishing trip to a nearby creek results in unexpected drama when the children discover a mysterious stranger camped in the bush.  Who is this hermit and why is he there?  The man seems friendly, but later Norah learns that the Police are out looking for the Winfield Murderer.  Mr Linton has gone to Sydney about some cattle.  Norah’s resourcefulness is tested to the full! 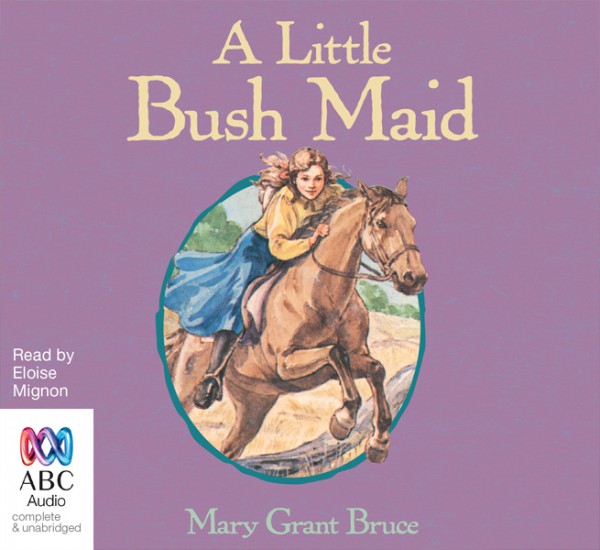 This book is Mary Grant Bruce’s best-seller.    The narrative runs in simple, straightforward fashion, infused with good humour and compassion.  It is currently available in several formats.

There’s a HarperCollins paperback edition.  Click here to see it.  There is also an eBook edition, also published by HarperCollins Publishers Australia in May 2015.

The ABC Audio book of this story, published by Bolinda using the original book’s text, is available for download or on Compact Disc.

The Trustee of The Mary Grant Bruce Family Trust owns the extant copyrights on this story.