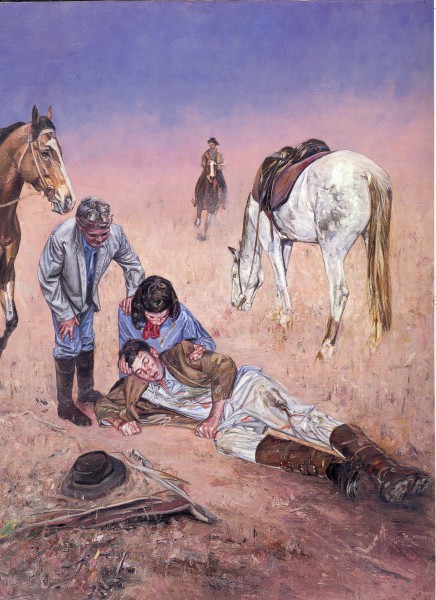 In Victoria, Australia,  over a century ago, horse racing was a very popular pastime.  And not just in the Melbourne Cup or on St Patrick’s Day. Horses were a really big part of everyone’s lives before the motor car became commonplace.

These short stories were all first published in The Leader weekend newspaper in Melbourne.

‘A Taste of Education’

‘Gossoon: a Tale of the Turf’

‘Old Brann’s Mare — The Tale of a District Cup’

‘The Way of the Transgressor’

The stories aren’t just about horses!  For example, here’s an extract from ‘A Taste of Education’:

“Mr Hilliard,” she said, blushing, “just be careful today, will you?”

“why?  Is anything the matter?” Geoffrey asked.

“No; it’s only those horrid boys,” the girl said, “and they’d be as mad as hatters if they knew I’d told you.”

“They—I hope you won’t think them awful pigs—but they want to take a rise out of you,” said Joan.  “They think because you’re in the bank that you must be a new chum and can’t ride—and they mean to get you jumping, and play all sorts of tricks on you. …”